Every year around six million healthy, ungrafted, well-branched seedlings are produced at PICCOPLANT.  While a number of these seedlings are sold after only 2 years of growth, many remain at the PICCOPLANT facility, where they are raised to various sizes for our customers.

The initial stage of production is the laboratory.  Tissue taken from elite "mother" plants is propagated, multiplied, and raised in vitro in a process taking about one year.

In the second year, these tiny plants are transferred to 3cm multi-trays in a 10,000m2 greenhouse to protect them from the wind and weather.

From the third year, the plants are semi-mechanically transplanted into 9cm multi-trays.  They are then moved outside into the nursery or "tree school" portion of the PICCOPLANT grounds, where they are tended by our staff of expert gardeners.  The tree school occupies 8 hectares of the 15-hectare company grounds.

In the fourth year, the 'teenage' plants are planted in 2- or 3.5-litre containers. The containers are at first placed very close together, but are later spaced apart to account for growth.

In the fifth and sixth years, the well-developed plants are transplanted to larger and larger containers (7.5- and 15-litre). Some are also allowed to remain at PICCOPLANT as specimen or mother plants. 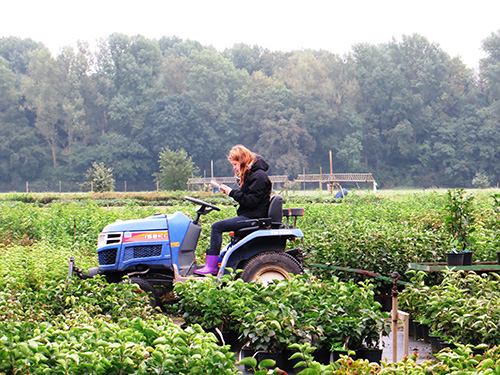 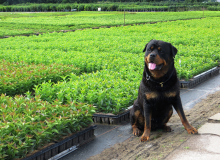 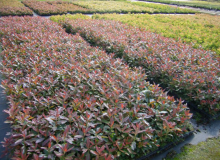 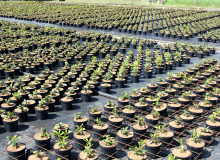 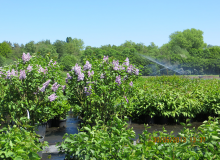 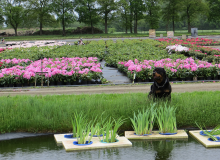 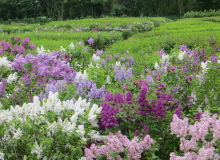 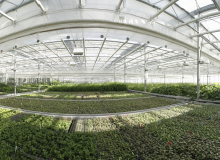 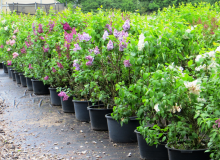 For an optimal service to you, we use on this page so-called cookies. For more info on this, as well as the ways to prevent the setting of cookies, please see our Privacy pages.